If you’re looking for a fun table top, strategy card game, that’s fast to learn, and hit’s your inner nerd, definitely check out Boss Monster. In this post I’ll be covering my review of Boss Monster the card game.

What Is Boss Monster?

We might be thinking what is boss monster maybe you’ve seen the card game before maybe you haven’t,  but what is it?

Typically you think of side-scrolling platforming video games like Mario,  Megaman, reason Castlevania, where are you start a level and traverse through the stage and finally face the end boss.  If you beat the boss monster then you win.

Well in boss monster the card game basically takes that concept and flips it around.  In Boss monster you play as the boss monster. So your goal is to create the deadliest dungeon and kill off heroes to win.

You’ll build dungeons with traps, monster rooms, and even past spells to take out the heroes that come to town. You will even fill your dungeon full of treasure to entice them come to your dungeon.

Unfortunately,  you aren’t the only boss monster in town.   As you play with other players, they will each have their own boss monster. They will also create their own in dungeon that is trying to attract the heroes.

Your goal is to kill the most heroes and collect the most souls.  The first player to get 10 souls when’s the game. However, if heroes make it through they can wound you. With too many wounds you die. 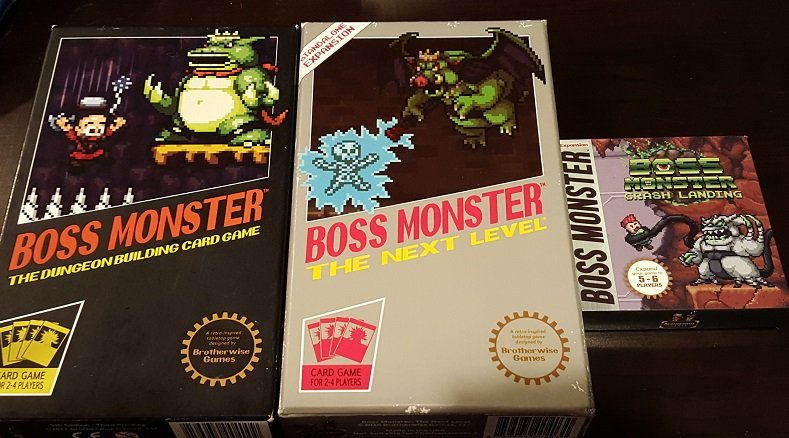 The Boss Monster game is quick to pick up and play

There are a lot of good points the boss monster game and it’s actually one of my favorite card games.  One great point is that it’s very quick to learn. As the old saying goes, “5 minutes to learn a lifetime to master.”

One cool thing about the Boss Monster game, is that the rules aren’t terribly difficult. However, there can be a lot of strategy behind the dungeons you build. Each player takes turns building rooms in their dungeon try and kill incoming heroes.

Your strategy may differ from time to time, building different kinds of rooms to lure different types of heroes.  The goal of your spells can either be beneficial to yourself, or they can attack other boss monster players.

This creates a fun dynamic in the game. Especially when you have multiple players. The game typically plays two to four-players, but there are expansions that can allow you to play more players.

One thing I like what this game is it scaled very well.  Whether you’re playing a two player game, or more the difficulty, and fun levels stays about the same.

I did notice though, it took a game or two for new players that we played with to really get the hang of the game.  From that point on though, it was competitive between everyone.

Another great aspect of Boss monster is it doesn’t take very long to play.  Your first couple of games might take a little bit longer and could average around 30 minutes.

However, subsequent games, after you’ve mastered the rules, often only take 15 to 20 minutes to play.  This is great because you can play many games in a row, or just a quick game if you have time.

The game does also come with a cheat sheet that can help you remember the rules on the fly, which is very helpful. Sometimes it can get a little bit confusing of what order your turn goes in for each player. At the same time with the cheat sheet in front of you, it’s pretty simple.

So if you’re looking for a quick game that you can pick up and play with your friends the boss monster card game is definitely one you should pick up. Check out the current price on Amazon HERE.

One thing I also really like about boss monster is that it appeals to my inner nerd.  Every card, dungeon, and spell within boss monster hits on a lot of nerd pop culture topics.

From video game lore, to Harry Potter, Pop culture and more. The boss Monster card game will probably reference the something you’ll enjoy.

I found even references to the most obscure things like the cult from Happy Happy Village in EarthBound. The one that wants to paint the world blue.

There’s lots of parodies on your pop culture as well, like Father brain, similar to Mother Brain from the Metroid series.

So if you’re into anything they’re nerdy boss Monster card game has a lot of charm and it’s worth picking up.

One thing I really like about boss monster is its replay value.  Every game you play is a completely different experience.

Whether you’re playing a two-player game three or four, or if you’ve gotten one of the boss monster expansions and can play five or six player each one is a lot of fun.

The more you play the more elaborate your strategies become as well.  You can plan a strategy five steps in advance, only to have another player throw a wrench in the mix.

I also found that games can swing dramatically no matter of a few turns. This keeps you on your toes, and gives you a high replay value for Boss monster the card game.

The base game of Boss monster should last you awhile, but you’ll probably like it enough to want to get a few of the expansions as well.  I think the boss monster expansions can add a lot of replay value to the game,  and they’re all so pretty inexpensive.

Depending on how many people you have to play with, one of the first boss monster expansions the probably get is the five and six player expansion. That boss Monster Expansion is called boss monster crash landing. 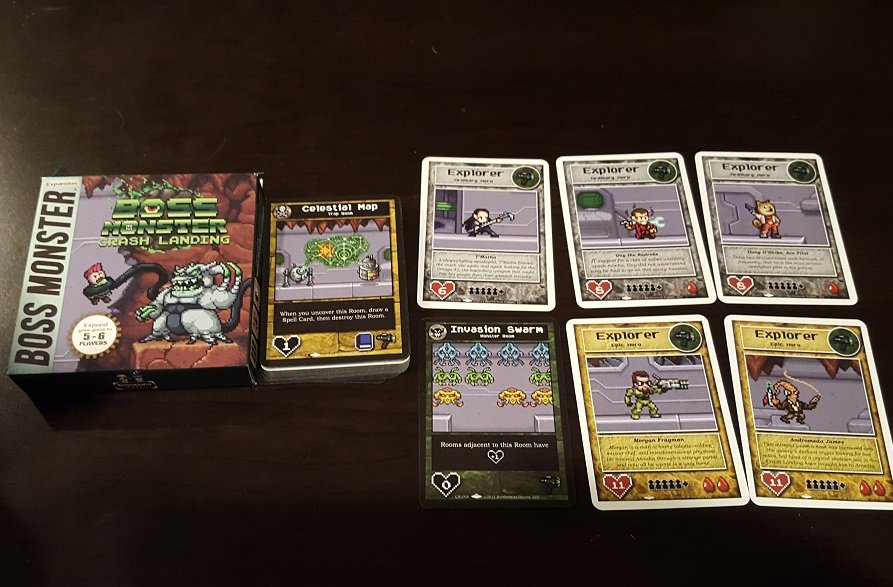 Boss Monster The Next Level

Boss monster the next level really does take things to the next level, pun intended. Seriously though this Boss Monster expansion is pretty cool.

For starters it’s a stand-alone expansion so you don’t need the original game.  You can also mix it with the original boss Monster game too.

There’s also a new form of hero that has a star level instead of being based on how many players are playing.  This has new elements where other players can sabotage each other, depending on where this hero is at and what cards you have in your hand.

Another cool feature is that it has mixed heroes.  This means you can attract the heroes depending on your dungeon layout,  with a combination of treasures.

Definitely a Boss Monster expansion worth picking up, especially if you enjoyed the first boss Monster card game.  Check out the current price of Boss Monster The Next Level over on Amazon HERE. 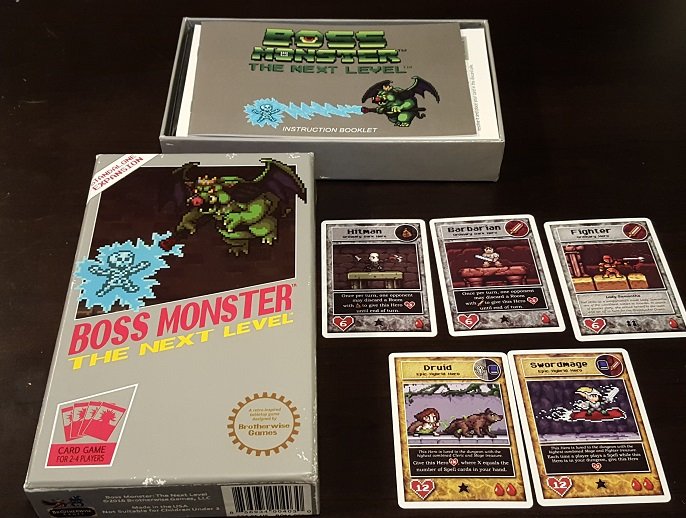 There are a few other boss monster expansions I haven’t yet played,  but if they’re anything like the first few, they should be worth it.

I’m hoping to get a couple more here in the next coming months, as the base side of the Boss Monster card game is a blast, as well as the other Boss Monster Expansions that I have so far.

If you’d like to check out the other boss monster expansions see them on Amazon below.

Boss Monster – Rise of the Minibosses – Check The Price Here 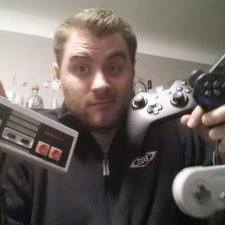 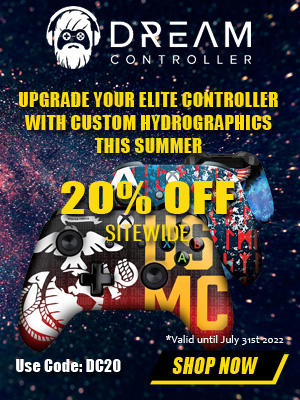