Now it might seem strange for a list of the Mega Man games ranked from worst to best to have the game that started it all as worst but stay with me. One thing to understand with this list of Mega Man games is that in my opinion all of these games are great NES games. However, if I were to rank the Mega Man games one has to be at the bottom.

While the original Mega Man does have a lot of nostalgia with it, it, unfortunately, does have some flaws and reasons why it lands at the bottom of the list. The game does have some iconic bosses like Guts Man, Cut Man, Ice Man, and more, but there are only six bosses while other Mega Man Games typically have eight.

One area that makes this Mega Man game frustrating is the level design. While still a good game, compared to other Mega Man games, this game has a few levels that can get rather tedious. Guts Man’s stage for example you’ll spend a good chunk of time waiting around for platforms to take you across this canyon.

Another odd part to this game is collecting point balls and getting points for killing bosses. Unless it’s an arcade classic game, I feel most gamers have moved on from trying to get a high score and focus on beating the game. The added points to the game seem unnecessary and are more a distraction than additional fun.

While still fun, Mega Man falls to the bottom for me when ranking NES Mega Man Games.

Next on the list of Mega Man games ranked is Mega Man 5. Mega Man 5 is still a great game and did introduce some new fun aspects to the Mega Man series as a whole, but some aspects make this game more annoying than others.

The plot of the story focuses around evil robots going on a rampage but in this game, they seem to be led by Proto Man. The storyline in this game is more developed and features some twists and turns, and that was one aspect they did very well in the game.

Another element that they did well on was that they added to this game was the ability to find hidden letters throughout the stages. Once assembled you also unlock Mega Man’s bird sidekick Beat!

It was fun trying to hunt down these letters as an additional challenge in the game. Future Mega Man games also started to incorporate hidden items like this as well which was a great addition to the series.

A big downside for me with Mega Man 5 was some of the boss powers you gained were a bit too complicated to use. In many cases, it was easier to just use your mega buster to defeat the bosses rather than trying to use a boss’s power. For example, trying to use the charge slide from Charge Man often hurt you just as often as it hurt the bosses. This got incredibly frustrating when you had to waste energy tanks on bosses you shouldn’t need to.

Mega Man 6 is the next on the list for ranking Mega Man games from worst to best. In Mega Man 6 the plot centers around the first-ever worldwide robot fighting tournament. Unfortunately, the toughest robots are all corrupted by the evil Mr. X and you have to face them all to stop their plot of world domination.

Mega Man 6 also introduced an upgrade to Mega Man’s trusty robot dog Rush. In this game instead of using Rush in the Rush Jet, or Rush Coil form, or other versions, Rush transforms and becomes equipable armor for Mega Man.

Another cool feature is that many of the stages have different branching paths that you can go down. Depending on the path you choose you can find secret letters to unlock Beat similar to Mega Man 5.

A lot of the bosses in Mega Man 6 were also very unique, such as Centaur Man and Yomato Man. (SPOILER ALERT!!) Unfortunately, the end game storyline was basically a repeat of Mega Man 4 and Mega Man 5. The real villain wasn’t Mr. X, but really just Dr. Wily in disguise and was behind it all along.

Not a deal-breaker, but it would have been nice if there was more to it than Dr. Wily was just wearing a disguise. For me, that’s why Mega Man 6 doesn’t rank higher in the list of the best Mega Man games on NES.

Mega Man 4 is one of the best Mega Man games for a lot of reasons, but it does have a high difficulty level and tends to be a much longer game to beat than others in the series. Being harder isn’t necessarily a reason the game is better or worse than others, but if you are trying to beat the game in one sitting it can get a bit draining.

Now one thing that makes this game so great is that it introduces the charged-up mega buster for the first time. This allows you to take on even the hardest bosses with just your mega buster. In addition to the powerful mega buster, you can also find hidden throughout the stages a wire ability and balloon ability. These allow you to reach areas within the game that are normally quite difficult even with the help of Rush.

Mega Man 4 does feature some of the most iconic bosses of all the mega man series. Some stand-out favorites such as Skull Man, Pharaoh Man, Dust Man, Ring Man, and more.

While Mega Man 4 is challenging some aspects in my opinion are harder than they need to be. For example, there are a couple of end-game bosses in Wily’s castle that are only weak against a specific weapon.

This usually isn’t an issue, but in Mega Man 4 some bosses can only be hurt by these weapons and nothing else. This means that if you use that weapon too early, or miss too many shots with it, you have to intentionally get a game over and start the end game stages over again. Obviously, this can be extremely frustrating and can extend your time to beat the game significantly.

Mega Man 3 is also near the top for ranking Mega Man games on the NES. This installment in the Mega Man series introduced a lot of new elements that were some of the best additions yet.

For example, this was the first Mega Man game to introduce the slide ability. With this ability, you could move faster, get into small areas, and dodge villain attacks as never before. Another great addition to the series was Mega Man’s dog Rush! Rush allows you to reach hard to get places, fly, and even acts as a submarine underwater.

Mega Man 3 also had some of the greatest bosses in the series like Snake Man, Shadow Man, Gemini Man, and more. Typical to most Mega Man games you have the rock, paper, scissors mechanic where some bosses are weak against specific weapons.

However, one thing that was great about Mega Man 3 was that you could really start with almost any boss and with enough skill beat them with your mega buster. This added to the replay value of the game because you could take so many different paths when beating the first 8 bosses.

Mega Man 3 also brought back the great bosses from Mega Man 2. In the later Wily castle stages, you’ll face off against reincarnations of the robot villains from Mega Man 2. These bosses have all new weaknesses from the Mega Man 3 weapons and you’ll have to defeat them again in this game.

Finally, we come to the best Mega Man game in my opinion and that is Mega Man 2. Mega Man 2 was a vast improvement over the first Mega Man game. They did away with the weird aspects like points and added in two extra boss stages for a total of eight instead of six.

Mega Man 2 also introduces new equipable items with item 1, item 2, and item 3. This gameplay mechanic is something that they expand on in future Mega Man games when they add Rush to the series.

Mega Man 2 also has some of the best boss fights and bosses in the series. Bosses like Metal Man, Quick Man, Air Man, Bubble Man, and more. In addition to that, you get fun boss powers like metal man’s metal blade. This weapon is so satisfying to use and destroy enemies in all directions.

Mega Man 2 also has the option to play on two different difficulty levels. This helps make the game more accessible to new players in the series and if you want a real challenge you can attempt the game in difficult mode.

Mega Man 2 includes Energy Tanks for the first time in the series as well. Energy Tanks help improve the replay value as well because they can allow you to take on more difficult bosses earlier in the game if you want to.

Ranking Mega Man games for the NES is no easy task because even the worst Mega Man game is still better than a lot of games that came out for the NES. The tight controls, iconic gameplay, and amazing music have allowed the Mega Man series to stand the test of time and remain some of the best games on the NES today. 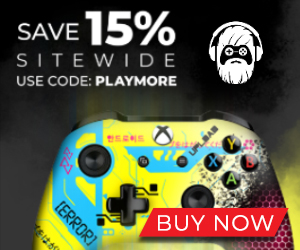